A Message from the Groupes Lourds on the 100th Anniversary

July 1st 1916: the height of the Battle of the Somme; three months later October 1st, the creation of 77 Squadron Royal Flying Corps: Two major events for us this year of which we commemorate the hundredth anniversary.

On behalf of the “Groupes Lourds” receive our best wishes and congratulations to mark this anniversary.

Both events are important in my mind. July 1st Anne and myself were in Albert with 1,000 other British including Princes Charles and William to remember the sacrifice of our grandfathers in that war. My English grandfather was wounded in the Battle of the Somme. My French grandfather was then a mechanic in the squadron of French ace air hero Rene Fonck.

And another connection in 1944 in Elvington when 77 Squadron had to move out to let the 346 and 347 squadrons take their quarters in Elvington.

All the links are relevant.

Our best wishes to you all. 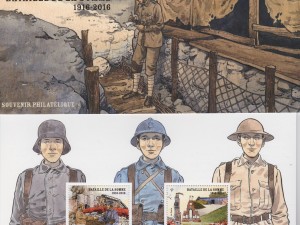